Here's a link to my thinky thoughts regarding the latest episode of The Walking Dead. I'm mostly on Tumblr but I'm a livejournal girl at heart. My posts are so long...

I just watched "The Immigrant" with my movie buddy Chatchien. Yes, with a little patience and Chat's knowledge of the interwebs we finally conquered our movie night curse.

I remember being really excited to watch The Immigrant when we first scheduled our movie night, but I had totally forgotten what it was about by the time we conquered the curse. That's okay because Marion Cotillard stars in the film as Ewa, an unfortunate immigrant who turns to prostitution to avoid deportation. I was already a fan of Marion because of her performances in Inception and The Dark Knight Rises. She's beautiful, ferocious and fearlessly raw in her performances - in short an utter delight. I've never seen anything like the character of Ewa from her. Gone was that underlying steel - in a really really good way.

Let me back up a little before the ramble that is me trying to wrap my head around why her performance in this film is so AMAZING. Marion Cotillard has officially been inducted into the beautiful eyes club along with Charles Boyer and Chat's dog and of course Bette Davis and maybe also Barbara O'Neill. I could - and did - just watch her suffer with her eyes full of tears for hours.

The other highlights of the film were the music, the sepia toned cinematography and ... well... the parts without dialog. The dialog was one of the worst things about the film. There was no poetry - which is more realistic I suppose. Everything everyone said was either very obvious like "shh go to sleep and all your dreams will come true here in America, you'll marry a rich man one day" or just regular stuff. There was no poetry. I almost wanted it to be a silent film. This is a good thing I think because this is not a play it's a film. So I think it's better to have a powerful emotive picture with dull words than the other way around... in film.

I loved being immersed in such a specific time and place. A film about immigration could be very general like a postcard or like a dream. In spite of the sepia tone, this didn't seem like anyone's idea of what it was like at this time or someone's dream of what things were like at this time. It had the odd specificity of a photograph. In fact, I felt like Ewa was my ancestor! I really felt like I was watching the true story of one of my ancestors. I could feel the strength of her running down through history to me. NEVER have I have I felt like that about a movie NOT REALLY about my ancestors. Though who knows? Maybe somewhere in me is a polish bloodline. It's possible I guess. LOL! There was just... somehow... in spite of the film's beauty... an utter lack of fantasy here. I think maybe she's my feminist ancestor.

You know what really floors me about this movie? The women were not sex objects. It didn't objectify them. Maybe it was a point of view thing. It's hard to look at women and see meat when the film is basically the inner life of a woman. I don't know how the movie did this. During the parts where it was all about women as sex toys and objects... it was SO SURFACE. We were NOT in the head of the men. We were NOT participating in the fantasy. The stage lights were uncomfortably hot. The air was full of dust. The costumes were ridiculous and ill fitting. The makeup was like... it was like a barista uniform as Starbucks. The girl show scenes were so staged and painted and hollow and... it was like one of those Victorian sets with the paper waves that go up and down. You're not going to get wet and you're certainly not going to drown. That's how the sex was. It was like paper waves compared to most films where you're drowning in it.

There are instances of nudity. But with the BETRAYER all I felt was her utter pride at being the headliner. It wasn't really about the sex or the men it was about her status - in her own mind. She had glamor. Maybe that was her weapon. The other instance that comes to mind is the Bath Banana angel. All that comes to mind there is sisterhood and love. She's truly kind to Ewa, the first person who is kind with out wanting anything. I think Ewa actually smiles at her a little. It's like the director didn't want to play into the BDSM fantasy side of having no choice AT ALL. Which is wonderful.

Ewa never lost her modesty, her reserve. She's a very reserved woman. She's also physically frail and fragile. SHE is not frail. She is very strong but the way she speaks, her body, the way she walks it's all so fragile. Marion really threads the needle with this performance because I never throw her away as being weak or even think of her as weak but there is nothing about this woman that plays "tough." NOTHING. There's no FEMALE STRENGTH stereotype being played. NOT ONE. So you only see the woman. She does not confront. She pleads earnestly. She does not spit or curse or spew venom. She quietly and steadily states the truth. Even at the end where she beats at the man who ruined her life with her fists, there's no physical strength in it in the sense that she's actually going to do some damage. Her fists seem so small. And then she whispers to him "you're not nothing." There's no acting or role play for Ewa. I think that's shocking! We don't get to see her "game" that she plays with her John or her Pimp or herself. She never seems to play one. She never seems to hide at all. And there's a strength in the game but there's something even more strong about being NAKED and not playing a game at all. I'm thinking about a moment where she's interviewed on stage about why she came to America. "To be happy." She almost whispers in a tremulous voice. She's just being honest. She's not feeling self pity. She's maybe a little shy. BUT GAH! I could go on and on about how amazing it is. Even Bette Davis got on my nerves playing meek in that Charles Boyer film. Oh how I love him.

I said to Chatchien that maybe we were watching a Lars Von Trier martyr film without knowing it. But this was like a healing balm compared to a Von Trier evisceration. The female strength here is not skewered and left to bleed out and then somehow called a catharsis. There's a feminine sacredness in this film. I'm thinking about the banana angel. A topless woman who helps a terrified Ewa take a bath after teaching her how to eat a banana (she's never seen one before and tries to bite through the peel). There's the betrayer who sees their pimp fall in love with Ewa and is jealous. There's Ewa's sister who is like a beacon of light in Ewa's life the entire film. That sister bond. Maybe that's why Ewa felt like an ancestor to me. I could relate to that bond, to the idea that I would do anything for my sister.

There's the confession and the vulnerability and the priest who speaks love and truth and healing in that moment - which is really a lottery - there's lots of corruption in the church. In a film where men with power exploit and undermine and suck her bones like vultures - this priest is actually loving, forgiving, kind. Maybe she is a child of love, forgiveness and kindness and carries that with her through hell and maybe her steadfastness, her faith is what carries her through.

Whatever. I'm too sleepy to do this film justice in words. It's not the very best film I've ever seen but there were some very magical things happening in it that I've never seen before. I like the idea that I'm seeing nooks and crannies that you don't see in the Great Gatsby or the reels of early movie stars' lives. This film is full of beautiful images of that time that mirror what's happening now and say, don't give up, don't give in, don't lose faith. Find your sister. Sail away. It's nice to see that you don't have to be an action girl to save yourself from hell. You can just be yourself. You don't need fighting prowess or a catsuit or a one liner to be strong. TO TRANSCEND VICTIM-HOOD. Anyway there's some magical voodoo in this film. It's worth seeing.

Tonight's Movie Night Movie was "All This and Heaven Too." I was mesmerized by all the big beautiful eyes. ( Collapse ) 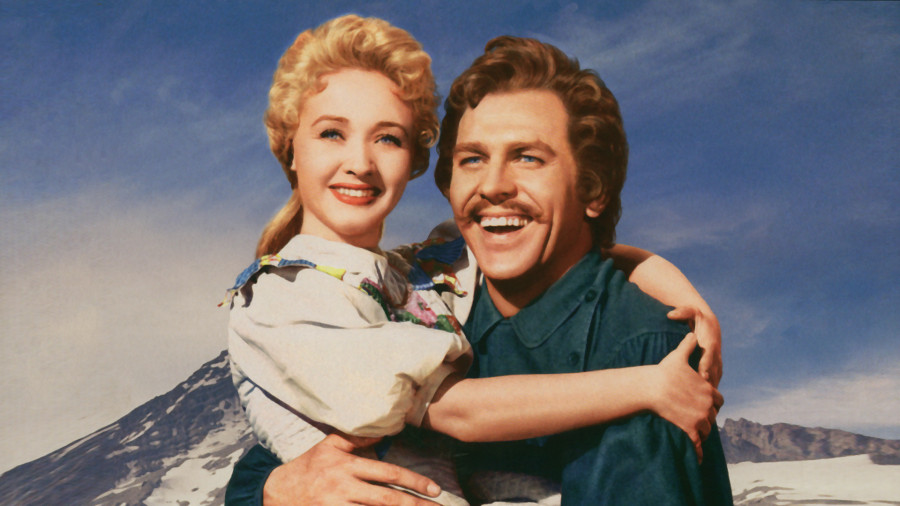 When I was a little girl the only thing more magical than an animated Disney movie was a musical by Rogers and Hammerstein. ( Collapse )

Either the pacing of this season is really uneven or the fact that I've read through the entire Song of Ice and Fire series is hurting my enjoyment of the show. Either way I'm pretty much meh when I hear the opening music and that makes me sad. ( Collapse ) 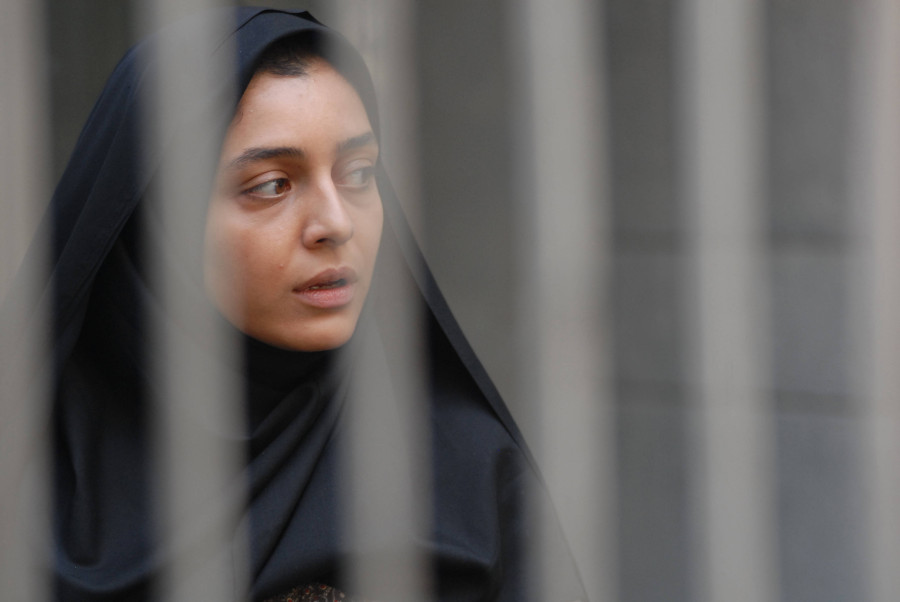 Tonight I watched “A Separation” with my internet friend Chatchien. It is an Iranian film I think and it won best Foreign Language film this year at the Oscars.
http://www.imdb.com/title/tt1832382/

Watching this show again was like wrapping myself in a warm blanket. I really missed it and immediately it was as though no time had passed. There's something about the Mentalist that I love and I can't put my finger on what it is. ( Collapse )

I've been so busy that my Tumblr addiction has taken a serious backseat to my real life. That makes me happy because it would make me really sad to lose my job(s) because I'm browsing tumblr which... for a while seemed like it might be a possibility. Hee! Also, what I did with my first day off!